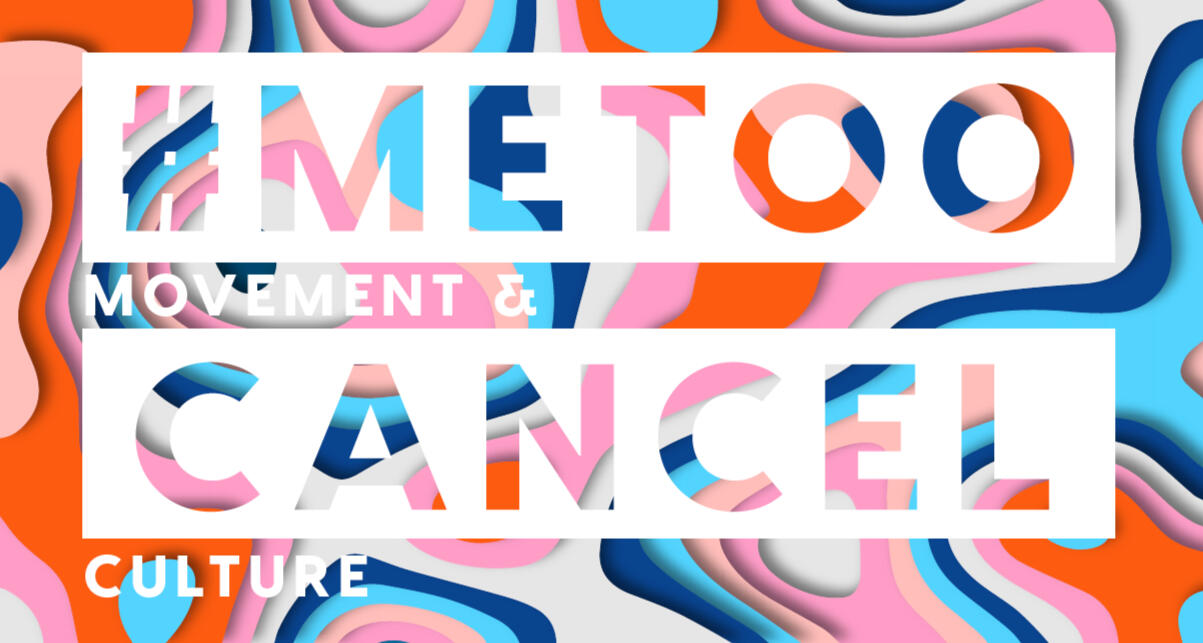 The #MeToo movement was almost certainly the most high-magnitude culture shift of this decade. Even though it pertained to only sexual harassment at the start, it's rippled into speaking up for yourself and others, weaving a circle of supporters around the people who have been oppressed or violated in any aspect.

And as strong as I believe in standing up for yourself and others when necessary, especially against an authority of power, there was a negative aspect that came with this — cancel culture. This term applies when a celebrity says or does something morally wrong or offensive — or the possibility of them having done something negative is brought up — gets recognized by the media as being "canceled.” As a result, their platform, voice and credibility is stripped. Priorities need to be equalized and it must betensured both sides are heard.

As the #MeToo movement grew, cancel culture grew with it, which confused some to see no difference between the two. But in reality, the #MeToo movement was great for inspiring those oppressed and assaulted. It gave them a voice to speak up for themselves, which led to an incredibly important national culture shift towards protecting potential victims

The #MeToo movement empowers those who feel voiceless and powerless. Cancel culture is something different, and most of the time toxic — it sentences those in question before they're able to defend themselves.

This cultural boycott has shifted the American judicial standard of "innocent until proven guilty" to simply guilty without an opportunity to adequately defend themselves. Once someone is “canceled,” no one cares to listen to their side of things

It only takes one person on the deadly Twitter circuit to say “so and so is canceled,” and it only escalates from there until that public figure is completely exiled. This could include anything from losing followers on social media, to being fired from their job or completely losing all credibility.
There have been many public figures that have been immediately fired or removed from their platform because of an accusation, without due process to gather evidence and rule innocent or guilty.

The Brett Kavanaugh case had some serious attention drawn to it in 2018 when he was nominated for the Supreme Court by Donald Trump. Christina Blasey Ford accused Kavanaugh of sexually assaulting her in 1982 on a drunken high school summer night.

Without even considering the credibility of this or even exploring the idea that he's innocent, he was immediately ostracized without any concrete proof or evidence. But this case was one that toed the line between a traumatic experience that Ford factually recited, and one that may not have been truthful.

However, the #MeToo movement, not cancel culture, has led to the "cancellation" of figures that legitimately deserve it. Such as the case with Harvey Weinstein, a Hollywood movie executive that allegedly assaulted or raped over a dozen actresses.

Journalists diligently worked to expose Weinstein in 2018 — and found legitimate proof through audio recordings and nondisclosure agreements — but all stories were stifled by those in power. The #MeToo movement gave traction to them and their stories, and after years of effort, were finally printed. This catalyzed the #MeToo movement and pushed a slew of journalists to pursue stories on #MeToo victims.

But cancel culture's swift declarations against alleged perpetrators work against #MeToo, causing many to denounce the movement due to cancel culture's fallout. There's a fine line between stripping someone's credibility away due to proven misconduct and cutting them down before they're assumed or even proven guilty.

But who’s to say when it’s too soon to cancel someone, or if the public should have the power to completely cancel a public figure? Currently there’s a fine line between stripping away someone’s credibility due to a proven behavior in misconduct, and completely taking away someone’s voice and platform even before they’re proven guilty.

Masked Twitter users tweeting about their views on controversial topics should be excluded when ruling about disputes specifically pertaining to these sexual assault cases. They’re purely insignificant unless they’re personally related to the matter.

There is a balance to be found about rallying victims together with an empowering hashtag, and unjustly ganging up on a figure about whether or not that person did or didn’t commit a sexual assault.

The primary issue, that resulted in the #MeToo movement, was that victims of sexual assault were afraid to speak up because of the fear of the powerful authorities who abused them. But these allegations and accusations have to be dealt with and executed properly.

If not, those who were silenced become hypocrites in silencing those not yet ruled guilty.